The road taken by a young Oda Nobunaga during the Battle of Okehazama, an event famous for being a rare major
come-from-behind victory in world history, has now been transformed into sightseeing routes.
Let’s reflect on Oda Nobunaga’s conviction of victory and together bring excitement to the sightseeing routes that Nagoya is proud of! 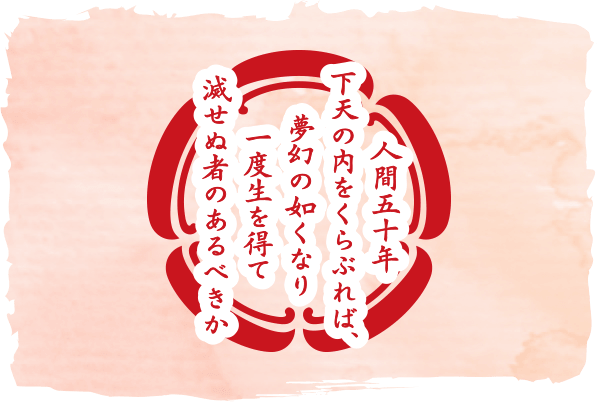 Oda Nobunaga was born as the heir of Oda Nobuhide, a daimyo (feudal lord) of Owari Province during the Sengoku period, and later became lord of Nagoya Castle. After Nobuhide’s death, Nobunaga succeeded him as the head of the Oda clan at the young age of 19. He basically united Owari Province one year before the Battle of Okehazama by controlling both conflict with the governor and acting governor of Owari Province, and discord within the Oda clan. Although Nobunaga was dubbed as “Owari’s Great Fool” due to his strange appearance and behavior up until his adolescence, some say that this was a trick to throw off his internal and external adversaries.

Imagawa Yoshimoto was a daimyo (feudal lord) during the Sengoku period who ruled Suruga Province and Totoumi Province, and was the 11th head of the Imagawa clan. He fought against Oda Nobunaga’s father Nobuhide which resulted in expanding his influence which extended to and over Mikawa Province. In addition to achievement in military affairs/diplomacy, in other words, the formation of the Sangoku Domei (Takeda Shingen, Hojo Ujiyasu, and Imagawa Yoshimoto alliance), Yoshimoto also demonstrated his remarkable talents in internal affairs through efforts including the establishment of 21 articles of Imagawa Kana Mokuroku Tsuika (expanding on the Imagawa family rules), earning the nickname “Kaido Ichi no Yumitori" ("The Number One Samurai of the Tokaido region"). Note: Quoted from the campaign which collaboration of the Ikusa no ko and City of Nagoya. 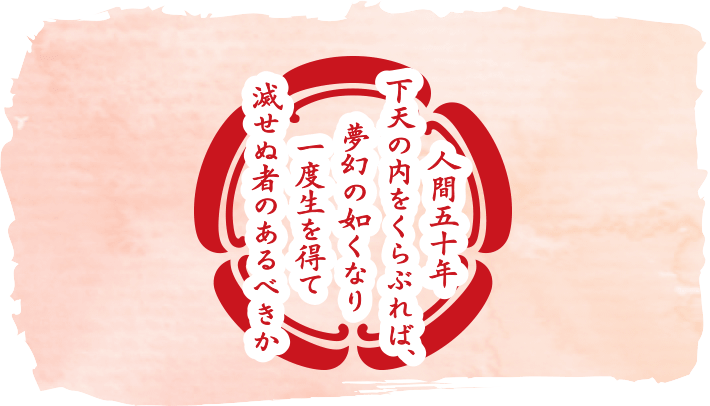 The Battle of Okehazama took place in 1560, when the young27-year old Nobunaga Oda splendidly defeated Yoshimoto Imagawa’s huge army at Okehazama, now Nagoya’s Midori Ward.
Yoshimoto had 45,000 troops, while Nobunaga was outnumbered with a small army only a tenth of that size. Nobunaga’s brave decisions, despite his army’s numerical disadvantage, lead to a dramatic win which came to be known by some as “the greatest upset victory of all time.”

At that time, Yoshimoto Imagawa was a powerful daimyo lord known as “the greatest archer on the Tokaido,” and ruled a large territory that stretched across the Tokaido from Suruga (eastern Shizuoka) and Totoumi (western Shizuoka) to Mikawa (eastern Aichi). Nobunaga had only recently unified Owari province, yet proved his immense strength by defeating Yoshimoto.
In 2016, “Nobunaga’s Victory Road” was named based on locales of the Battle of Okehazama.

The road follows paths pursuing historical sites related to the battle, such as Kiyosu Castle and Atsuta Jingu (Atsuta Shrine), and paths leading to sightseeing attractions such as Nagoya Castle and Arimatsu.
Nobunaga’s Victory Road is being promoted to the world as a path where you can relive Nobunaga Oda’s ambitions, and find the strength to face your own new challenges. 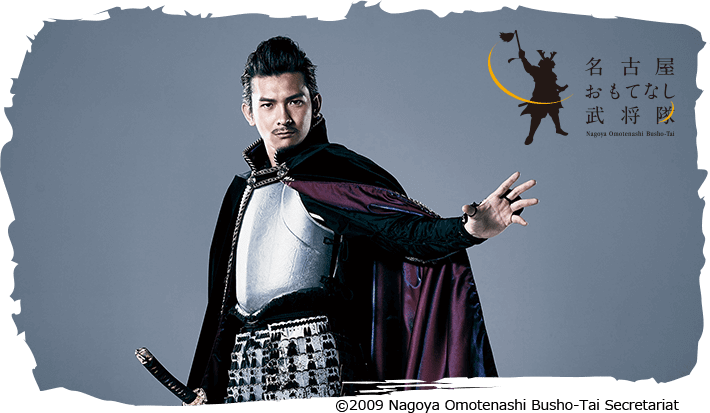 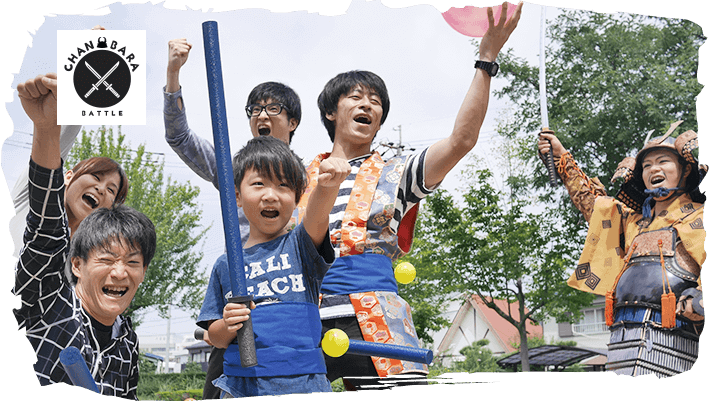 Kiyosu Castle is where Oda Nobunaga lived for around eight years from the age of 20, and it is here from where he departed to fight in the Battle of Okehazama. The castle underwent reconstruction here in 1989 (the 1st year of the Heisei period). Kiyosu Park features a statue showing Oda Nobunaga prepared for battle as well as a statue of Nobunaga’s wife, Nohime, and is popular as a power spot for matrimonial happiness and love.

While headed to fight in the Battle of Okehazama, Oda Nobunaga stopped at this shrine to which he presented one tachi (long sword) as a victory prayer offering. It is said that he also travelled along Mino Kaido during his triumphant return after the battle.

Tokugawa Ieyasu built Nagoya Castle in 1612 as a final preparation for the unification of the country and as the residence for his ninth son, Tokugawa Yoshinao. It is a famous castle which appears in the Japan’s Top 100 Castles list.

According to legend, Oda Nobunaga prayed for his victory at this shrine while on his way to fight in the Battle of Okehazama, and later donated 1,000 pine trees to the area in return for his victory.

It is said that, while headed to fight in the Battle of Okehazama, Oda Nobunaga also stopped here to pray for his victory since it is a temple that protects the tomb of Yamato Takeru (a prince described in ancient Japanese legends).

Takaneyama is the location where the troops of Matsui Munenobu serving Imagawa Yoshimoto gathered for battle and monitored the movements of Oda Nobunaga’s forces. The location is home to Arimatsu Shrine where persons who have fallen in battle since the First Sino-Japanese War are enshrined.

The sakeoke (wooden barrel for holding sake) which was provided by Sena Ujitoshi, a vassal of Imagawa Yoshimoto, as a war victory prayer offering, has been preserved as a treasure of Okehazama Shinmeisha Shrine. The front of the shrine features a sacred tree planted personally by Tokugawa Yoshimichi, the fourth leader of the Owari Domain.

The grounds of Chofukuji Temple features the spot where the body of slain Imagawa Yoshimoto was identified as well as Chigatanasusugi Pond (meaning “the pond used to wash blood from the swords”). The inside of the temple houses a statue of Imagawa Yoshimoto, a statue of his vassal Matsui Munenobu, spirit tablets, and articles from those who died in the battle.

This park marks the central location of the Battle of Okehazama. It is also called Dengakutsubo, the place where Imagawa Yoshimoto, who left his troops in Okehazama to run away from Nobunaga's forces, spent his last moments before being killed by Hattori Kazutada and Mori Yoshikatsu.

Atsuta Shrine is where Oda Nobunaga prayed for victory during the Battle of Okehazama and later after his victory donated a high-roofed mud wall, called the Nobunaga-Bei, as a token of gratitude for that success. It is one of Japan’s leading shrines in which is the repository of Kusanagi no Tsurugi, one of the Three Sacred Treasures of Japan.

Kamagatani is where during a thunderstorm Oda Nobunaga, who had advanced to Okehazama via Zenshoji and Nakajima fortresses, waited for the opportunity to attack the stronghold of Imagawa Yoshimoto’s troops. It is now located inside a university campus. Note: Please refrain from entering the university’s campus without permission.